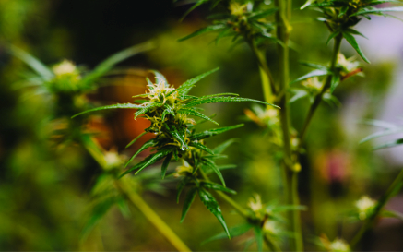 Despite opposition, Oklahoma voters have spoken, making the Sooner state the 30th state to allow the use of marijuana for medical use. With almost 900,000 voting for or against the bill, Oklahoma State Question 788 which allows individuals 18 and over to obtain a medical cannabis license from a physician, won by just 121,910 votes. Most interesting about the bill is that, unlike other states, the measure doesn’t tie any specific qualifying conditions to obtain a cannabis license. This will most likely make it easier for people to obtain a license for medical use.

One Oklahoma man who approved of the bill stated “They’ve (other states who’ve legalized marijuana) got excess money, and we need that, especially for our teachers,” he said. “I think we need the revenue. Our state is in financial trouble and I think it would really help.”

However, Oklahoma has a tough-on-crime ideology, and no one is sure how well it will blend with the new bill’s passing. The state’s skyrocketing prison population is guzzling much of its limited funding. Though voters approved a state question to reduce drug possession to a misdemeanor in 2016, only time will tell how this medical marijuana bill will blend with those who are caught using pot for recreational use. If you’ve found yourself tangled in a web of legal trouble, do not hesitate to contact Marcy Fassio. With Oklahoma’s stern attitude toward crime, you can’t afford to consult with anyone else.

Kathy Doyle is none too happy with the Oklahoma County Civil Courts, and she’s making her case known. Nearly every week for more than two months, the 56 year old Edmond resident has posted more than 20 large poster boards along the north side of the Oklahoma County Office Building. Doyle argues that all she wants is for her court orders to be enforced, as her ex husband has refused to pay court-ordered maintenance, and the courts have done nothing about it.

“I had two divorces to the same guy. I was supposed to get $535 a week for nine years. Then we got married and divorced again, and in my 2012 case, he’s ordered to pay my home and car and he flat out refuses to pay orders,” she says.

Doyle states that she’s faced opposition from the county courthouse, but has leaned on her constitutional right to protest. Employees of the courthouse were upset by the growing number of posters outside the building, but have been instructed to ignore them as they travel throughout the grounds.

Doyle states that she doesn’t enjoy protesting, and that it’s not fun for her at all. All she wants is justice. If you wish to show your support or see her signs, they are located at 320 Robert S. Kerr Ave. Oklahoma City, OK 73102.

With over 12 years of criminal law under her belt, Marcy Fassio continues to thrive, knocking her cases out of the park. Her clients and associates continue to rave about her knowledge and legal strengths!

“Marcy has shown the fullest degree of competence and follows through with the objectives we set. She has met with various people on our behalf. She is a good communicator and very creative with our complicated case. We have never had to wait for a response or update regarding our case. Marcy is working very hard for us and I believe she is a very trustworthy person.” 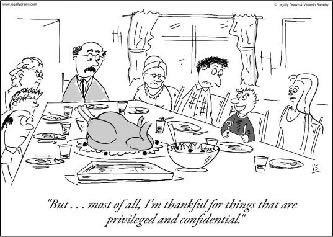 Trust us…we can help you.

What factors do you look for when choosing an attorney? Is it their strong track record? Their personality? The fact that they care about your situation? Write us back! We want to hear from you!